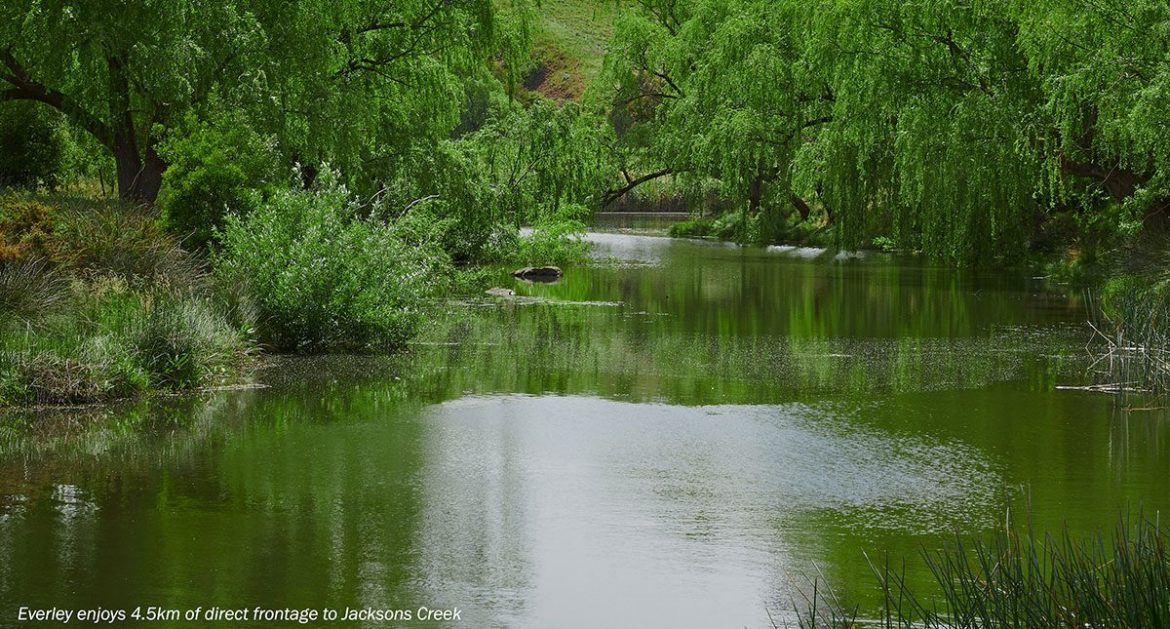 Jacksons Creek, the picturesque waterway running through Sunbury, has been a focal point of the local community for many years. The creek continues to play a significant role in Sunbury today and will enhance the community for generations to come.

The Marin balug clan of the Wurunjderi Woi Wurrung people are the traditional custodians of the Sunbury area. Jacksons Creek was particularly significant as the watercourse provided Aboriginal people with a perennial source of fresh water and an abundant range of food sources. The valley also provided shelter from the elements, timber for fires and housing, and stone for tool manufacture. Accordingly, Jacksons Creek features a vast array of culturally significant sites. 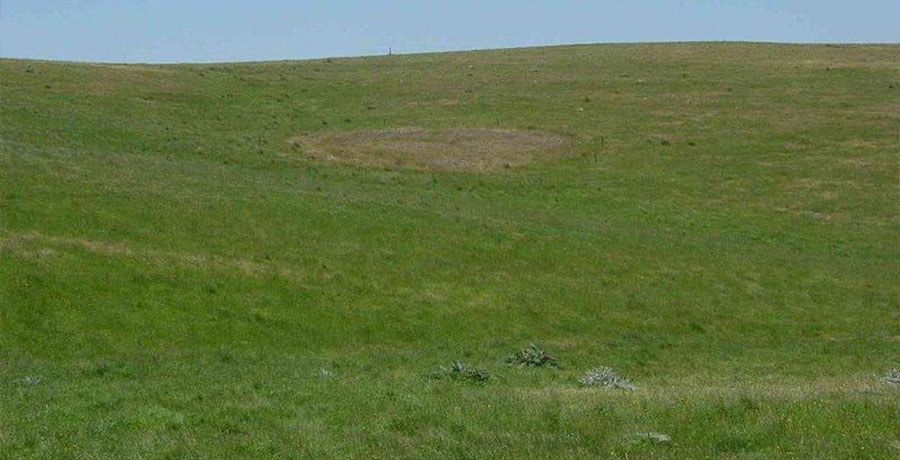 Pictured: Sunbury Earth Rings (Bora Rings) are prehistoric indigenous sites located on the hills to the west of Jacksons Creek

One of the first settlers along Jacksons Creek was George Evans, who sailed on the schooner Enterprise in 1835 from Van Diemen’s Land to Victoria. In 1836, Evans explored the Sunbury area and decided to build a homestead along the creek, Emu Bottom, which still exists today. 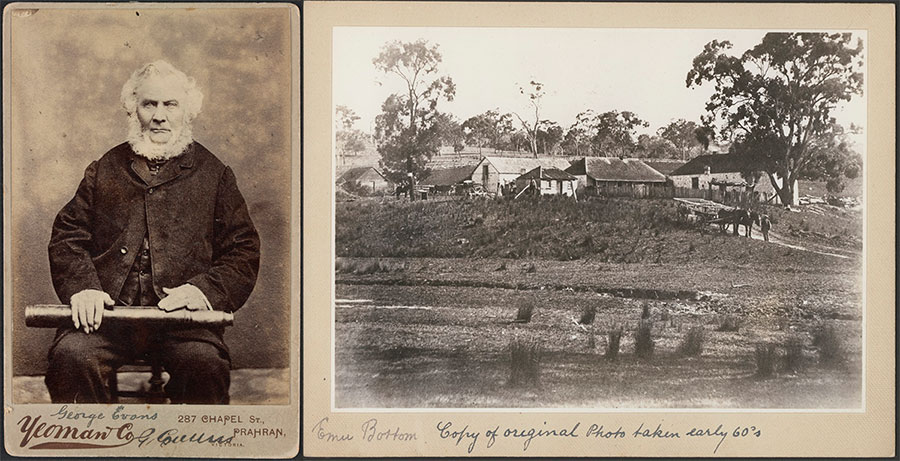 Other early settlers in the area included William Jackson, who was also on the Enterprise and owned small farm holdings along with Evans, and William’s brother Samuel. Sunbury was a pastoral area until the 1850s, when it was established as a township and the Jacksons chose the name Sunbury, after a town on the Thames River in England. The creek itself is named after the Jacksons.

In 1861 Ben Eadie established Eadie’s Flour Mill on a horseshoe bend of Jacksons Creek, which operated until around 1890. It was one of the first flour mills in the area and 1 of 15 water- powered flour mills known to have operated in Victoria.

Around the same time as the mill’s establishment, the railway line was constructed between Melbourne and Bendigo. As it passed through Sunbury, a rail bridge needed to be built over Jacksons Creek, opening in July 1861. Another bridge was built in 1870 for road traffic, following the economic boom of the gold rush, replacing an old timber bridge. This double-arched bluestone bridge remains of architectural and historical significance, as it’s a perfect example of a Victorian Stone bridge from 1860-70. 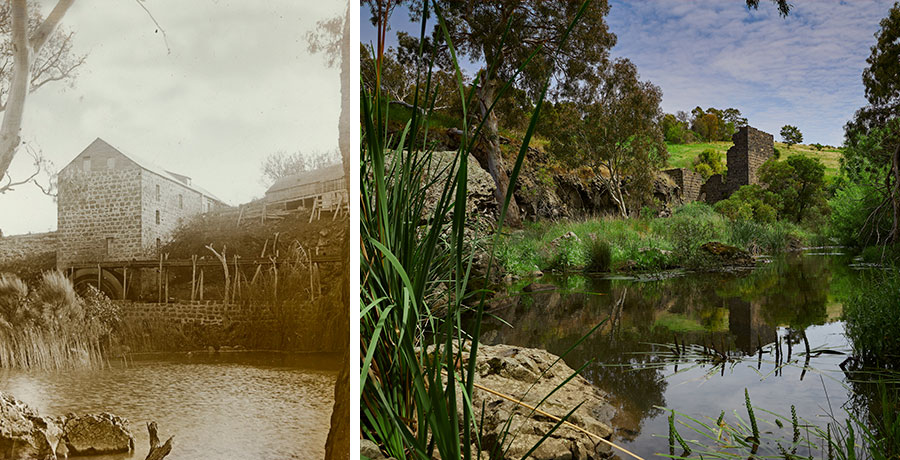 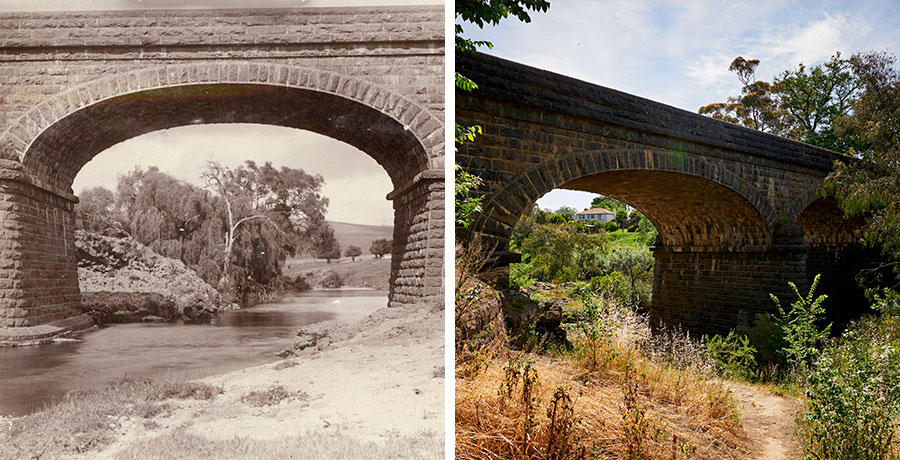 In 1863 Craiglee Vineyard was established by a member of Parliament, James Stewart Johnston, who built a bluestone winery into the steep slope near his home along Jacksons Creek. The winery closed in the 1920s as grazing became more profitable, but it was reopened in 1976 by the Carmody family, who still run it today. Other local wineries established in the 1860s include Eighnane, Goonawarra and Springvale.

Jacksons Creek has also been a popular spot for events. In the 1860s-70s, Volunteer Military Encampments would gather at Easter along the banks of the creek, with approximately 2,400 volunteers and up to 15,000 spectators attending. And as recently as the early 1970s, the famous Sunbury Pop Festival was held several times on a property along Jacksons Creek, between Sunbury and Diggers Rest, following the Woodstock tradition. 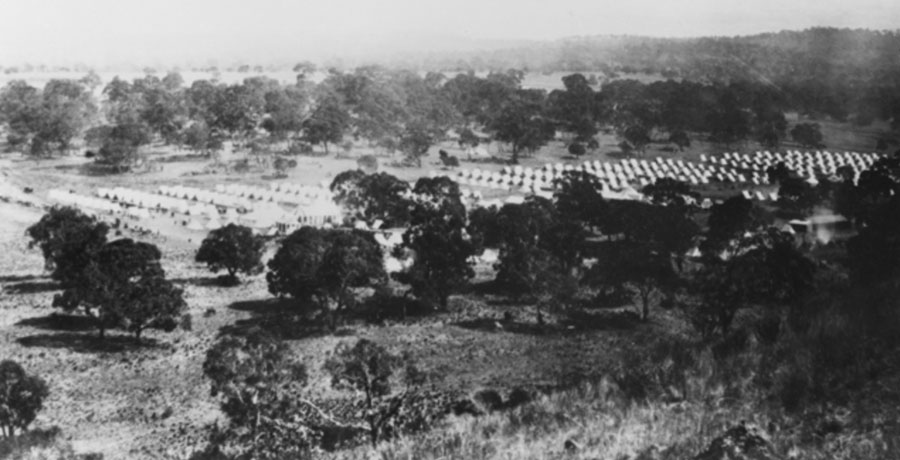 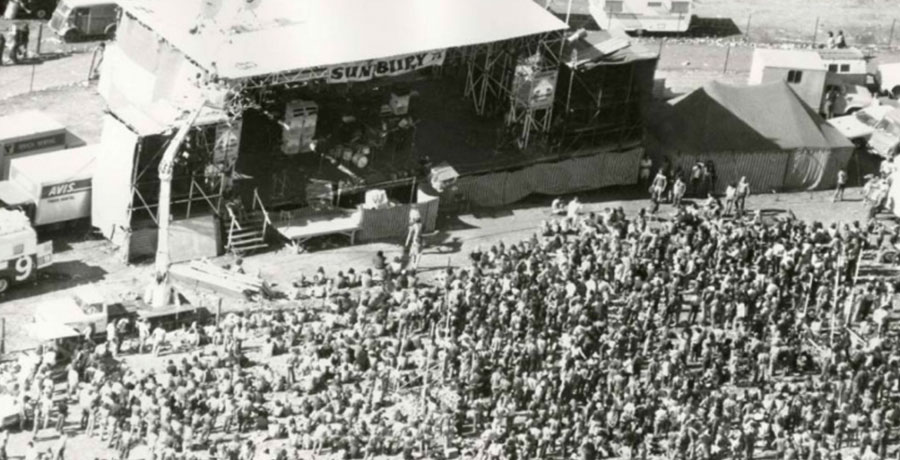 Today, Jacksons Creek remains a popular area for recreation in the local community, offering numerous points from which to enjoy the beautiful waterway and parklands.

The Nook is a popular picnic spot in Sunbury that overlooks the creek and surrounding greenery, with picnic tables, a duck pond and access to a bicycle path that runs along the creek. Further south is Apex Park, a family-friendly area with a playground, shelter, BBQ and grassy area. 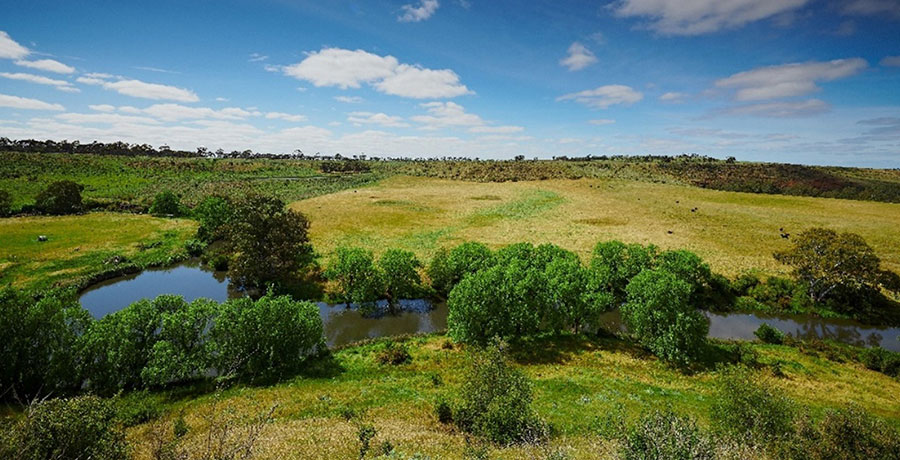 For a different perspective, Holden Flora Reserve contains a walking path amongst wetlands, including a scenic lookout. The reserve adjoins Jacksons Creek, just north of Organ Pipes National Park, and contains remnant native grasslands and grassy woodlands, including endangered fauna and threatened plants of national significance. To the north lies Jacksons Hill Reserve, with a winding path alongside a hill and a picnic table on the valley floor.

And of course, we have Everley itself, designed to take advantage of the natural beauty of its surroundings, with a 4.5km frontage along Jacksons Creek. Featuring 88 hectares of open green spaces (approximately 21 MCGs!), Everley is a spectacular new community that is set to enhance the already captivating landscapes of Jacksons Creek and Sunbury. 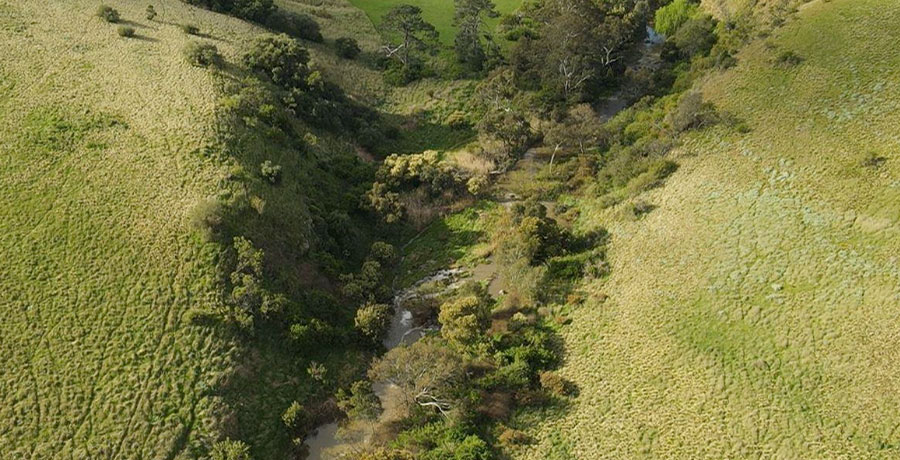 The future of Jacksons Creek

Under the Victorian Government’s $154 million Suburban Parks Program, a 1,008-hectare Jacksons Creek Regional Parklands will be created for communities in Melbourne’s growing northwest, including Everley. The program plans to deliver upgrades, extensions and development of new open spaces that will link up along Jacksons Creek’s 24km waterway, from Diggers Rest to north of Emu Bottom Wetlands in Sunbury. It aims to protect rare and threatened plants and animals, support Wurundjeri Woiwurrung cultural values, and increase access to natural environments across the region.

This commitment to preserving the natural area surrounding Jacksons Creek will ensure Sunbury continues to remain a place where communities will grow and thrive for generations to come.

To discover why Everley is your perfect forever home, fill out the registration form on our website to receive priority access to our launch.

Join our VIP list and be the first to hear about new releases and project updates.

* Mandatory fields. By registering, I consent to being contacted regarding Everley Sunbury