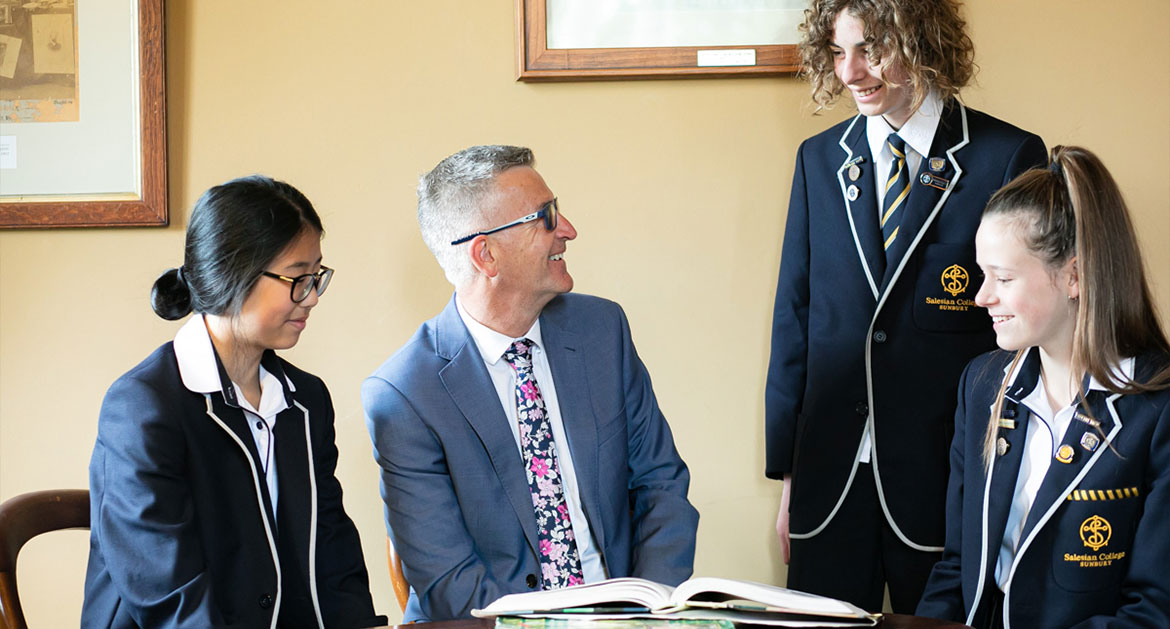 Salesian College is an esteemed co-educational Catholic secondary school that’s only a 5- minute drive from Everley, offering an excellent and convenient schooling option for families.

The vibrant learning community is made up of 1,400 students from years 7 to 12 and provides a modern learning environment that is inspired by the teachings of Saint John Bosco.

This year, Salesian College commemorates two significant anniversaries: 95 years since the arrival of the Salesians at Rupertswood, and 30 years since co-education was introduced.

The college was the first Salesian educational institute founded in Australia, in 1927, based on the teachings of Saint John Bosco. St Bosco was the founder of Salesians, the Roman Catholic order devoted to the education of youth. The boarding school was located at Rupertswood Mansion, the birthplace of The Ashes urn in 1882.

The college evolved over generations, and in 1992 it entered a modern new era, with its transformation into a co-educational college for year 7-12 students from Sunbury and the surrounding areas, now located on the grounds of the mansion. 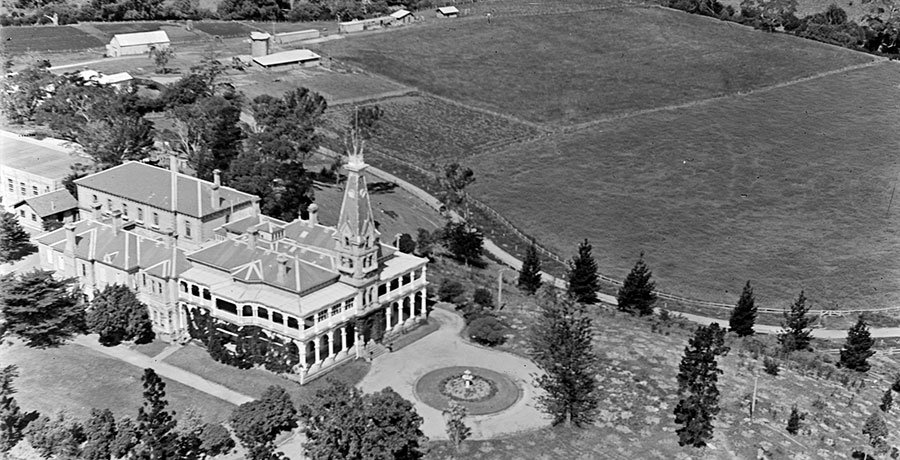 An Alumni of Achievers

The college has produced some standout professional sports players over the years. Sharin Milner was a professional basketball player who graduated from the college in 1998. She was selected in the Australian Opals women’s squad in the lead up to the Beijing Olympics, and also founded Bumblebee Sports, a sports apparel company that provided branded sports clothes and operated a basketball players union that helped promote the rights of women basketball players.

Several AFL footballers have roots at Salesian College, including David Schwarz, who played at Melbourne Football Club for 12 seasons; Nathan Buckley, former Collingwood captain and coach; James Kelly, who played for Geelong and Essendon and is now an assistant coach at Geelong; Angela Foley, who captained the Adelaide Football Club in last year’s premiership game; and Harrison Jones, who debuted for Essendon last year.

Other notable alumni include Peter Walsh, professional organiser, writer and media personality, who attended Salesian College in the early 1970s. His new TV series Space Invaders is launching on the Nine Network in late February, while former student Michelle Vergara Moore has starred in the SBS drama The Unusual Suspects, which premiered last year. Bruno Leti, an internationally and nationally recognised artist, painter, printmaker and monotypist, attended the school in the 1950s and is represented in many National and State collections across Australia. 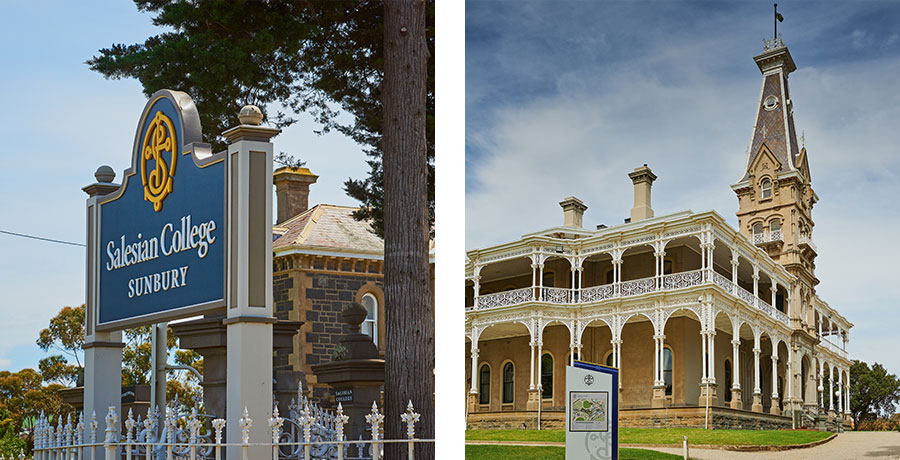 Salesian College prides itself on imparting a passion for lifelong learning to its students, who are encouraged to explore and develop their talents to the fullest and aim for excellence in all endeavours. Classrooms integrate technology so learning is engaging and stimulating, and a wide range of extra-curricular activities are on offer, from sports and agriculture to music, visual and performing arts.

Last year a new $5 million sporting precinct was announced for the school; the multi-use space will be built in place of the existing clubrooms and sporting facilities currently used by the College and shared with the Rupertswood Football Netball Club (RFNC) and Rupertswood Cricket Club (RCC).

You can view a virtual tour of the college here.

Everley is the perfect home for families, with a dedication to enriching life. There are a number of fantastic existing education facilities, including early learning, primary and high schools, in and surrounding Sunbury, and only minutes from your front door. A future government primary school is also planned within the Everley estate itself.

You can register your interest in Everley online, or book a face-to-face, phone or video appointment to speak to a friendly member of our team.

To discover why Everley is your perfect forever home, fill out the registration form on our website to receive priority access to our launch.

Join our VIP list and be the first to hear about new releases and project updates.

* Mandatory fields. By registering, I consent to being contacted regarding Everley Sunbury